Sorry guys, I started this post back in January and have finally gotten round to finishing it!

Well our UK visa issues were finally sorted and what better way to celebrate than a trip to Paris on our way to our new home. The city of lights, romance, history, art, food – what’s not to love?!

Just a few months ago the world was in mourning for the 129 innocent people killed in ruthless terrorist attacks in the city and we could still bear witness to the affects it has had. Paris was extremely quiet, not sure if this was also just the time of year and it is usually like this but there were no lines at any of the main attractions (I’ve heard they can be ridiculous) and there was a strong presence of armed forces around.

We took the train to Paris from Geneva, mainly due to the fact that we had a lot of luggage and it’s a nice way to see some of the countryside, though we ended up busying ourselves with a few games of Rummikub. We booked a private shoebox on Airbnb for just €65 per night which ended up being completely adequate and in a great area. It was 2 blocks south of the Seine, and 15 minute walk from the Louvre and Notre Dame, and situated amongst narrow streets lined with bars, restaurants and patisserie’s.

After checking into our apartment it was starting to get dark so we strolled down along the Seine and arrived at the Eiffel Tower beautifully lit up. Paris is truly spectacular at night! We then found a nice restaurant for dinner and opted for some of the traditional cuisine. We’ve both come to love foie gras and escargot, first trying them in Switzerland. The only thing we missed out on were frogs legs – but there’s always next time!

We only stayed 3 nights but we definitely made the most of our time in Paris. Our morning ritual consisted of finding good croissants and coffee (for Andrew) then we were off on sightseeing expeditions. On our first full day we visited Notre Dame in the morning, you can visit the inside of the cathedral for free and spend quite sometime in here admiring the different displays. We decided to give the tower entrance a miss, but I’ve heard that the panoramic views are amazing and well worth the 400-odd stair climb to the top.

The weather was dreary but we made the great decision to hire Vélib’ bikes. This concept is in many major cities and is a fantastic way to cover more ground than you would walking, and it’s cheap too. Of course I managed to choose a bike with a flat tyre and that wouldn’t stay in gear but there are so many stations throughout the city that I quickly changed for an upgrade.

We rode around Paris and had the all important photos outside the Louvre, Arc de Triomphe and the Eiffel Tower. We ditched the bikes and had a great lunch near the Eiffel Tower. Paris restaurants also do great set menu deals, 2 or 3 courses for a reasonable price. I had a delicious starter of deep fried goats cheese salad and then Steak-frites, meaning “steak [and] fries” in French, which is a very common and popular dish served in brasseries throughout Europe. We then braved the elements and made our way up the Eiffel Tower, unfortunately for us the lift to the top was closed while we were there so we could only gain access to the 2nd floor (which is still pretty high!). We were not disappointed as the views were spectacular and it was amazing to get a panoramic view of the city, never mind the freezing winds and rain!

On our second day we jumped on the Metro to Montmartre which is just North of the city. Montmartre is well known for the white-domed Basilica of the Sacré-Cœur on its summit, so we made our way up through the cobbled streets to visit. We picked up a picnic lunch on our way from a local bakery which had won an award for its baguettes years before – needless to say they were still on point. At the bottom of the hill is Boulevard de Clichy – the biggest red light district in Paris. The street is lined with sex shops, shows and bars all with names that made us giggle. This is also where we stumbled across the Moulin Rouge – quick photo opt then we headed back into the city.

That afternoon we visited the Louvre, again we were happy to find absolutely no lines! Andrew and I are not huge art museum types and the shear size of this place is a bit daunting. We managed to whiz through maybe 85% in 3 or 4 hours and then we were done. Don’t get me wrong it is a truly impressive place, even just looking up at the ceilings was fascinating – I probably took more photos of the ceilings than anything else. Also seeing Mona Lisa was interesting too, sitting behind her bulletproof case, we were pretty lucky not to have to push through hoards of people to see her. I had similar thoughts that many people do… what’s the big deal? What makes her the “best known, the most visited, the most written about, the most sung about, the most parodied work of art in the world”??

On our final day we visited a quaint bistro restaurant for lunch called Chez Marie Louise, which was recommended to us by a friend of our brother in law. They serve traditional and inventive cuisine which blew us away – we would go back in a heartbeat! The perfect way to end our trip before officially moving to the UK.

Next time I go back to Paris it will be all about the food, wine and shopping! 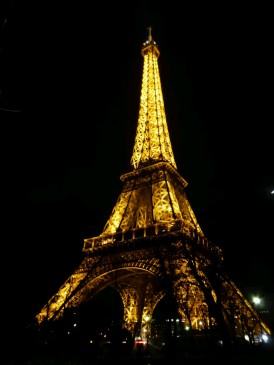 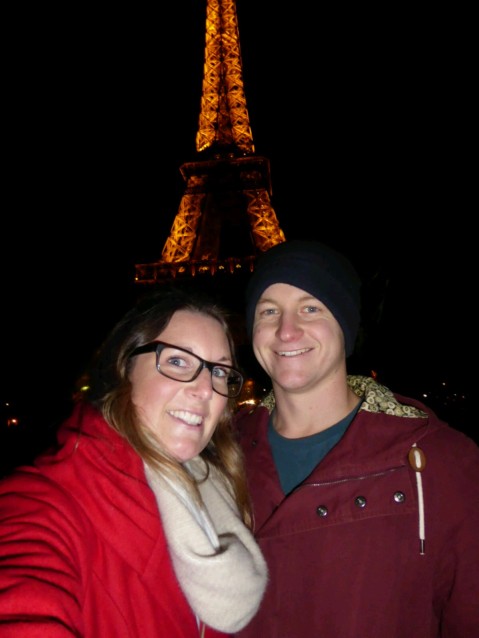 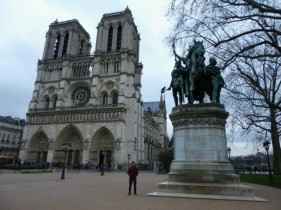 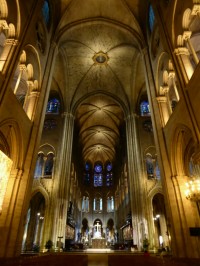 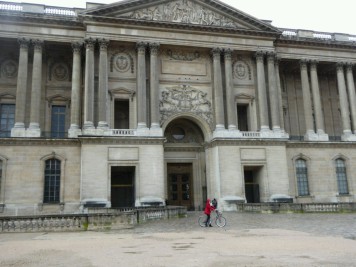 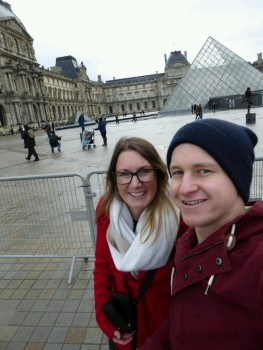 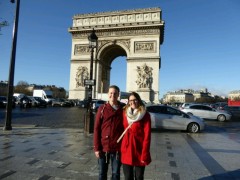 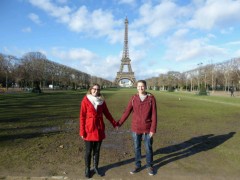 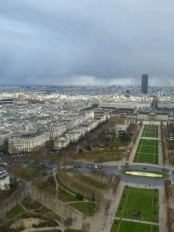 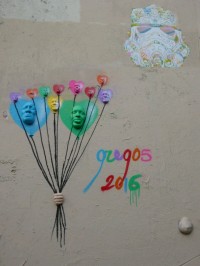 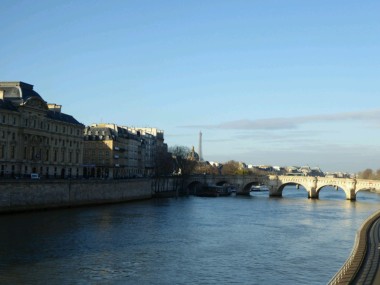 One thought on ““Paris is always a good idea””